A must read, pure and simple. 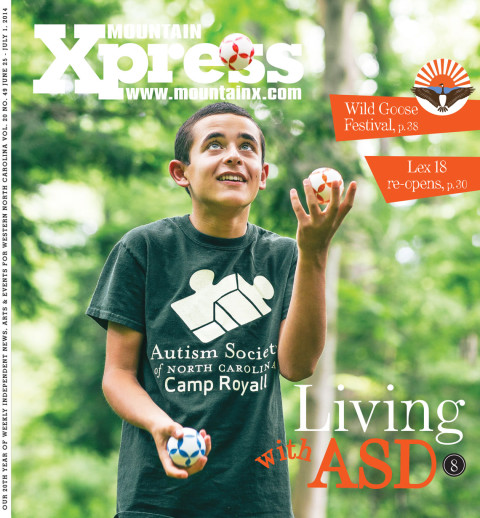 My son, Nicholas, was featured on the cover of the major western North Carolina weekly — the Mountain Xpress — a couple of weeks ago and the cover is, without question, The Best Cover Ever. Featuring a photograph by Tim Robison and art design by Megan Kirby, it’s something to frame for Nicholas’ lifetime.

Also, and sadly this part appeals to me, if I put it in a frame I won’t read the Mountain Xpress article, in which my family and two other families are profiled, again. And Nicholas won’t be able to read it, either.