Love this, and love the resources that connect to the autistic bloggers! 1. Respect the choice of the PERSON, first (Irony 😉 2. If you have to SAY “person first” to SEE the person? You’ve got bigger issues that need dealing with.

a diary of a mom 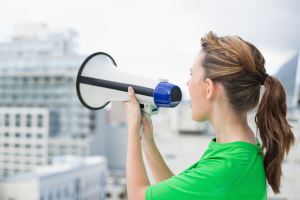 {image is a photo of a woman who is not me shouting from a rooftop, presumably because she just realized that she doesn’t have neurotypicalism either}

“So just as one can be described as Jewish or Catholic or gay without taking away from any of the other possible descriptors, they can also be described as autistic and still be thousands of other things too. The word doesn’t negate the rest of a human being, it simply acknowledges and validates the reality of that person’s experience.”